Kitty O’Toole has been a regular in Second Life since her incarnation in December 2006.  It took less than a few hours for her to realise that she’d found her spiritual home amongst the pixels and polygons, Goreans, Furries and erstwhile perverts with extra-large prim phalluses who make up the Metaverse.  She loved it even more when she realised that you could buy, as Howard Carter once famously uttered, ‘Wonderful things…’

So buy them she did;  fluttering like a demented butterfly from virtual store to virtual store as quickly as her prim wings would carry her. (It was at this time that a few SL merchants may have seen a brief but surprisingly welcome spike in their profits..) It didn’t take long before Kitty rented her first home and started filling it with as many freebies as she could possibly manage.  During her virtual travels, she managed to persuade ‘The Avastar’ to employ her and for a time attended all sorts of mad and occasionally inane events in the name of virtual journalism.  She also started to regularly frequent a select few watering holes and meet and make friends with some utterly wonderful people.

Kitty’s time at ‘The Avastar’ was short but enjoyable, and put all the confidence and experience that she had gained to good use as the sole writer and producer of ‘Kittywitchin’, her personal blog best described as an eclectic mish-mash of item reviews and happenings in Second Life written by Kitty in her signature style.

In RL Kitty lives with her beloved ‘Jez’, who doesn’t rate Second Life nearly as much as Kitty does, but loves her enough to understand that she’s completely addicted and never nags her when she declares that she’s ‘Going in world, and I may be some time.’ In actual fact, Jez is very supportive of Kitty’s efforts and he’s also very appreciative that he lives with the kind of woman who let him install various (29 at the last count, FFS!) vintage arcade machines  in their home.

When not in Second Life, Kitty can be found toiling at her desk working for a national insurance company where she pretends to be very intelligent and has so far managed to pull it off quite successfully. When her daily grind is at an end, she rushes home to be with Jez, their cats Mylo and Ginger Alan and their Staffordshire Bull Terrier, Indiana.  She enjoys regular trips to the movies and considers herself a bit of a film buff and electronic music enthusiast, especially for the works of synth Gods  Pet Shop Boys, Depeche Mode, and New Order. Her favourite sport is Formula One Motor Racing, and she likes tea, cake and all kinds of things that are generally considered to be bad when eaten, like chips, cake and sausage rolls.

Kitty would describe herself as passionate about her Second Life, and forever grateful for the opportunities that it’s provided her with, like being interviewed about Second Life by Jenni Murray on BBC Radio 4’s flagship morning programme, ‘Woman’s Hour’.  She’s also been interviewed on local radio about the same subject and has been a featured guest on ‘The Drax files Radio Hour’ with Draxtor Despres and Jo Yardley. 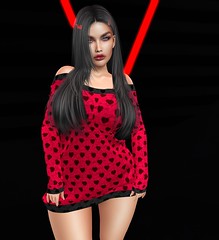 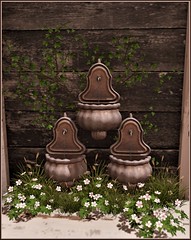 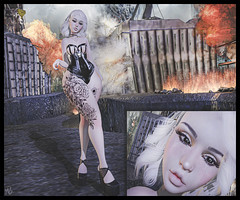