Posted on December 2, 2016 by Caitlin Tobias

News and stuff from the [SL] Blogger Support Team

It is about time for some updates from the [SL] Blogger Support Team, as we do work behind the scenes to make sure our group is what is should be: a support network to help and guide all SL Bloggers! To start,  I would like to thank Sunshine (sunshine.zhangsun) so much,  for all the time and efforts she has spend as a very much appreciated team-member. Due to reasons she has decided to step down and leave the Support Team, but she will surely stay as a group member and as such… Read More

“The View From the Blogger Manager’s Window” – by Kess Crystal

I was approached some weeks ago now to write an article for SL Blogger Support  about the other side of the fence…the life of a blogger manager. As well as being a blogger myself I was also responsible for the blogging team for both MadPea and SwagBag as part of my past role as Marketing  & PR Director for MadPea. I’ve recently decided to move on from there but as blogging is such a love of mine I am sure it will feature in whatever I do next.  Blogging in Second Life… Read More

“Take off those No-colored glasses” – by R. Crap Mariner

Happy to annouce that R. Crap Mariner (Crap.Mariner) is the first in our new series of guest-bloggers! According to his own SL Profile: ‘I am a sentient clockwork mechanism, manufactured for The Great Exposition of 1851. Various inventors and scientists have tried to improve upon my original plans, but have only twisted and damaged me further.‘ Crap has his – Secondlife – home in Edloe and is the founder of 100 words stories. His blog is retired but he uses Flickr to tell us about his ideas and views.   Hi there…. Read More 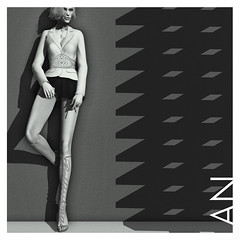